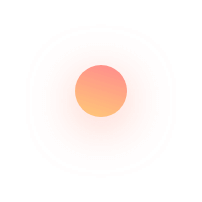 Each industrial revolution has solved the problems created by preceding industrial revolutions, but due to the Jevons paradox they have not only depleted and polluted natural resources (ocean, river, land, biodiversity and mineral) but also created solid waste, greenhouse gases, and endangered nine planetary boundaries. But this time the world can’t afford to repeat the same mistakes, which had made in the previous industrial revolution.

Aligned with the circular business model, Industrial IoT led revolution will resolve the negative effects of hydrocarbon fuelled the industrial revolution and lead the foundation for a low carbon economy. But this low carbon economy is based on some rare earth minerals (lithium) and other minerals (copper and aluminium). Again, the exploitation of these natural resources will create new types of e-waste and other waste.

IIoT is a major disruption of this century and will transform the world into completely unfamiliar terrain. This new IIoT revolution has to work within the planetary boundaries and ensure maximum resource utilisation, recycling and reuse of the material without creating solid waste management problems and endangering biodiversity.

The major driver for the adoption of IIoT in manufacturing or healthcare or energy or transportation or agriculture is operational efficiency and optimum asset utilisation. But the connected ecosystem and platforms will develop the outcome-based economy, which will provide software-driven services outcome-based services. It will drastically reduce the waste from production to the consumption stage. It will build on the automated quantification capabilities of the Industrial Internet and made the large-scale shift from selling products or services to selling measurable outcomes. Thanks to real-time demand sensing and highly automated, flexible production and smart logistic networks, the outcome economy will transform into a pull-based economy. By delivering outcomes through connected ecosystems and platforms, traditional industry supply chains will ensure the efficient movement of physical goods. Outcome economy will transform agriculture into smart, precise agriculture and save precious natural resources such as water, fertiliser and plant protection and provide the desired yield.

The growth of the outcome economy hinges on the development of IIOT platform providers, which can facilitate the seamless transformation of a traditional company into a digital one. In that sense, the role of network providers and IoT platform providers is crucial. Many Indian companies such as SLS has taken initiative to provide integrated platform services to propel the growth of the new outcome economy.

Time is running away from humans to avoid weather-related catastrophic events emanating from Global warming effects. Technology is not an end, but a means to achieve an end. And in that sense, the development of the Outcome economy and pull economy model must avoid the rebound effect and Jevons paradox and work in tandem with the circular economy to ensure that economic growth led by technological development must not increase energy consumption and natural resources consumption.